Skip to content
Home/DESTACADOS-EN, Do you know who it was..?, Saint of the day, Santoral/St Clement, Bishop of Rome – November 23

Was the third Successor of Peter

St Clement, Bishop of Rome in the last years of the first century, was the third Successor of Peter, after Linus and Anacletus. The most important testimony concerning his life comes from St Irenaeus, Bishop of Lyons until 202.

He attests that Clement “had seen the blessed Apostles”, “had been conversant with them”, and “might be said to have the preaching of the apostles still echoing [in his ears], and their traditions before his eyes” (Adversus Haer. 3, 3, 3).

Later testimonies which date back to between the fourth and sixth centuries attribute to Clement the title of martyr.

The authority and prestige of this Bishop of Rome were such that various writings were attributed to him, but the only one that is certainly his is the Letter to the Corinthians. Eusebius of Caesarea, the great “archivist” of Christian beginnings, presents it in these terms:

“There is extant an Epistle of this Clement which is acknowledged to be genuine and is of considerable length and of remarkable merit. He wrote it in the name of the Church of Rome to the Church of Corinth, when a sedition had arisen in the latter Church. We know that this Epistle also has been publicly used in a great many Churches both in former times and in our own” (Hist. Eccl. 3, 16).

An almost canonical character was attributed to this Letter. At the beginning of this text – written in Greek – Clement expressed his regret that “the sudden and successive calamitous events which have happened to ourselves” (1, 1) had prevented him from intervening sooner. These “calamitous events” can be identified with Domitian’s persecution: therefore, the Letter must have been written just after the Emperor’s death and at the end of the persecution, that is, immediately after the year 96. 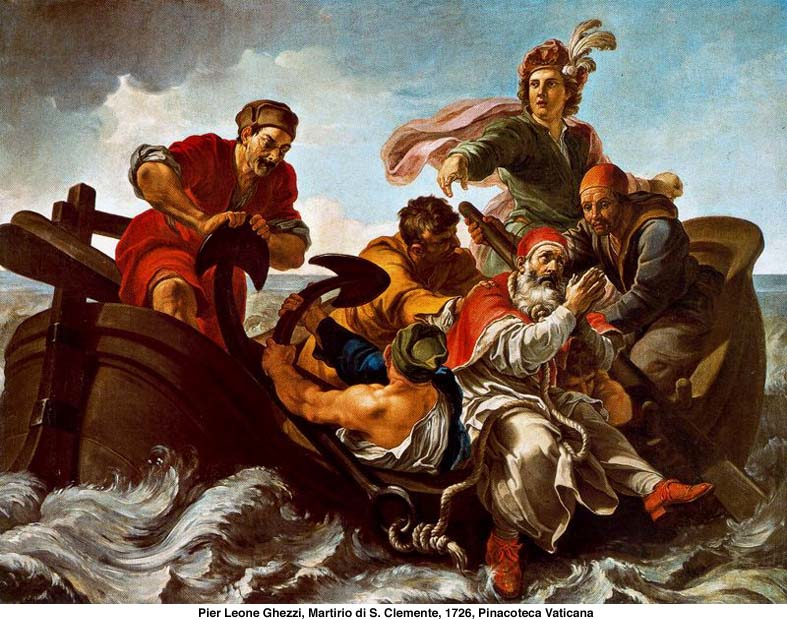 Clement’s intervention – we are still in the first century – was prompted by the serious problems besetting the Church in Corinth: the elders of the community, in fact, had been deposed by some young contestants. The sorrowful event was recalled once again by St Irenaeus who wrote: “In the time of this Clement, no small dissension having occurred among the brethren in Corinth, the Church in Rome dispatched a most powerful Letter to the Corinthians exhorting them to peace, renewing their faith and declaring the tradition which it had lately received from the Apostles” (Adv. Haer. 3, 3, 3).

Thus, we could say that this Letter was a first exercise of the Roman primacy after St Peter’s death. Clement’s Letter touches on topics that were dear to St Paul, who had written two important Letters to the Corinthians, in particular the theological dialectic, perennially current, between the indicative of salvation and the imperative of moral commitment.

First of all came the joyful proclamation of saving grace. The Lord forewarns us and gives us his forgiveness, gives us his love and the grace to be Christians, his brothers and sisters.
It is a proclamation that fills our life with joy and gives certainty to our action: the Lord always forewarns us with his goodness and the Lord’s goodness is always greater than all our sins.

However, we must commit ourselves in a way that is consistent with the gift received and respond to the proclamation of salvation with a generous and courageous journey of conversion.

In comparison with the Pauline model, the innovation is that Clement adds to the doctrinal and practical sections, found in all the Pauline Letters, a “great prayer” that virtually concludes the Letter.

The Letter’s immediate circumstances provided the Bishop of Rome with ample room for an intervention on the Church’s identity and mission. If there were abuses in Corinth, Clement observed, the reason should be sought in the weakening of charity and of the other indispensable Christian virtues.

He therefore calls the faithful to humility and fraternal love, two truly constitutive virtues of being in the Church: “Seeing, therefore, that we are the portion of the Holy One”, he warned, “let us do all those things which pertain to holiness” (30, 1).

In particular, the Bishop of Rome recalls that the Lord himself, “has established where and by whom he wishes liturgical functions to be carried out, so that all may be devoutly performed in accordance with his wishes and in a manner acceptable to him…. For his own peculiar services are assigned to the high priest, and their own proper place is prescribed to the priests, and their own special ministries devolve on the Levites. The layman is bound by the laws that pertain to laymen” (40, 1-5: it can be noted that here, in this early first-century Letter, the Greek word “laikós” appears for the first time in Christian literature, meaning “a member of thelaos”, that is, “of the People of God”).

In this way, referring to the liturgy of ancient Israel, Clement revealed his ideal Church. She was assembled by “the one Spirit of grace poured out upon us” which breathes on the various members of the Body of Christ, where all, united without any divisions, are “members of one another” (46, 6-7).

The clear distinction between the “lay person” and the hierarchy in no way signifies opposition, but only this organic connection of a body, an organism with its different functions. The Church, in fact, is not a place of confusion and anarchy where one can do what one likes all the time: each one in this organism, with an articulated structure, exercises his ministry in accordance with the vocation he has received.

With regard to community leaders, Clement clearly explains the doctrine of Apostolic Succession. The norms that regulate it derive ultimately from God himself. The Father sent Jesus Christ, who in turn sent the Apostles. They then sent the first heads of communities and established that they would be succeeded by other worthy men.

Everything, therefore, was made “in an orderly way, according to the will of God” (42). With these words, these sentences, St Clement underlined that the Church’s structure was sacramental and not political.

The action of God who comes to meet us in the liturgy precedes our decisions and our ideas. The Church is above all a gift of God and not something we ourselves created; consequently, this sacramental structure does not only guarantee the common order but also this precedence of God’s gift which we all need.

Finally, the “great prayer” confers a cosmic breath to the previous reasoning. Clement praises and thanks God for his marvellous providence of love that created the world and continues to save and sanctify it.

The prayer for rulers and governors acquires special importance. Subsequent to the New Testament texts, it is the oldest prayer extant for political institutions. Thus, in the period following their persecution, Christians, well aware that the persecutions would continue, never ceased to pray for the very authorities who had unjustly condemned them.

The reason is primarily Christological: it is necessary to pray for one’s persecutors as Jesus did on the Cross.

But this prayer also contains a teaching that guides the attitude of Christians towards politics and the State down the centuries. In praying for the Authorities, Clement recognized the legitimacy of political institutions in the order established by God; at the same time, he expressed his concern that the Authorities would be docile to God, “devoutly in peace and meekness exercising the power given them by [God]” (61, 2).

Caesar is not everything. Another sovereignty emerges whose origins and essence are not of this world but of “the heavens above”: it is that of Truth, which also claims a right to be heard by the State.

Thus, Clement’s Letter addresses numerous themes of perennial timeliness. It is all the more meaningful since it represents, from the first century, the concern of the Church of Rome which presides in charity over all the other Churches.

In this same Spirit, let us make our own the invocations of the “great prayer” in which the Bishop of Rome makes himself the voice of the entire world:

“Yes, O Lord, make your face to shine upon us for good in peace, that we may be shielded by your mighty hand… through the High Priest and Guardian of our souls, Jesus Christ, through whom be glory and majesty to you both now and from generation to generation, for evermore” (60-61).