The conversion of Saint Paul – January 25

The Pope Emeritus affirmed this in a celebration of vespers at the Basilica of St. Paul Outside the Walls on december 10 of 2008. The event marked the close of the Week of Prayer for Christian Unity.

“Unity in fact requires a conversion,” the Pope Emeritus said, “from division to communion, from broken unity to healed and full unity. This conversion is the gift of the Risen Christ, as it was for St. Paul. […] The same Lord, who called Saul on the road to Damascus, addresses himself to the members of the Church -which is one and holy- and calling each by name asks: Why have you divided me? Why have you wounded the unity of my body?”

Benedict proposed that conversion implies two dimensions: recognizing our faults and repenting, and recognizing that this new road “cannot come from us.”

“Conversion demands our yes, my ‘pursuit’; it is not ultimately my activity, but a gift, a letting ourselves be formed by Christ; it is death and resurrection,” he said. “[…] And only in this renunciation of ourselves, in this conforming to Christ are we also united among ourselves; we become ‘one’ in Christ. It is communion with the risen Christ that gives us unity.”

He said that from the Word of God chosen for the theme, “a truth full of hope emerges: God allows his people a new unity, which must be a sign and an instrument of reconciliation and peace, even at the historical level, for all nations. The unity that God gives his Church, and for which we pray, is naturally communion in the spiritual sense, in faith and in charity; but we know that this unity in Christ is also the ferment of fraternity in the social sphere, in relations between nations and for the whole human family.”

In that regard, the Pope Emeritus said that the prayer of this week has also been “intercession for the different situations of conflict that afflict humanity at present.” 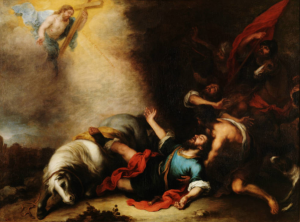 And he particularly mentioned the Holy Land: “How important it is that the faithful who live there, and the pilgrims who travel there, offer a witness to everyone that diversity of rites and traditions need not be an obstacle to mutual respect and to fraternal charity.”

Finally, the Pope Emeritus concluded with a reflection on today’s 50th anniversary of the convocation of the Second Vatican Council.

“From the providential decision, suggested to my venerable predecessor [Pope John XXIII], according to his firm conviction, by the Holy Spirit, there also derived a fundamental contribution to ecumenism, condensed in the decree ‘Unitatis Redintegratio,'” Benedict XVI noted.

He continued: “The horizon of full unity remains open before us. It is an arduous task, but it is exciting for those Christians who want to live in harmony with the prayer of the Lord. […] The Second Vatican Council explained to us ‘that human powers and capacities cannot achieve this holy objective. […]

“Trusting in the prayer of the Lord Jesus Christ, and encouraged by the significant steps made by the ecumenical movement, with faith we invoke the Holy Spirit that he continue to illumine our path. May the Apostle Paul, who worked so hard and suffered for the unity of the mystical body of Christ, spur us on from heaven; and may the Blessed Virgin Mary, Mother of the unity of the Church, accompany and sustain us.”